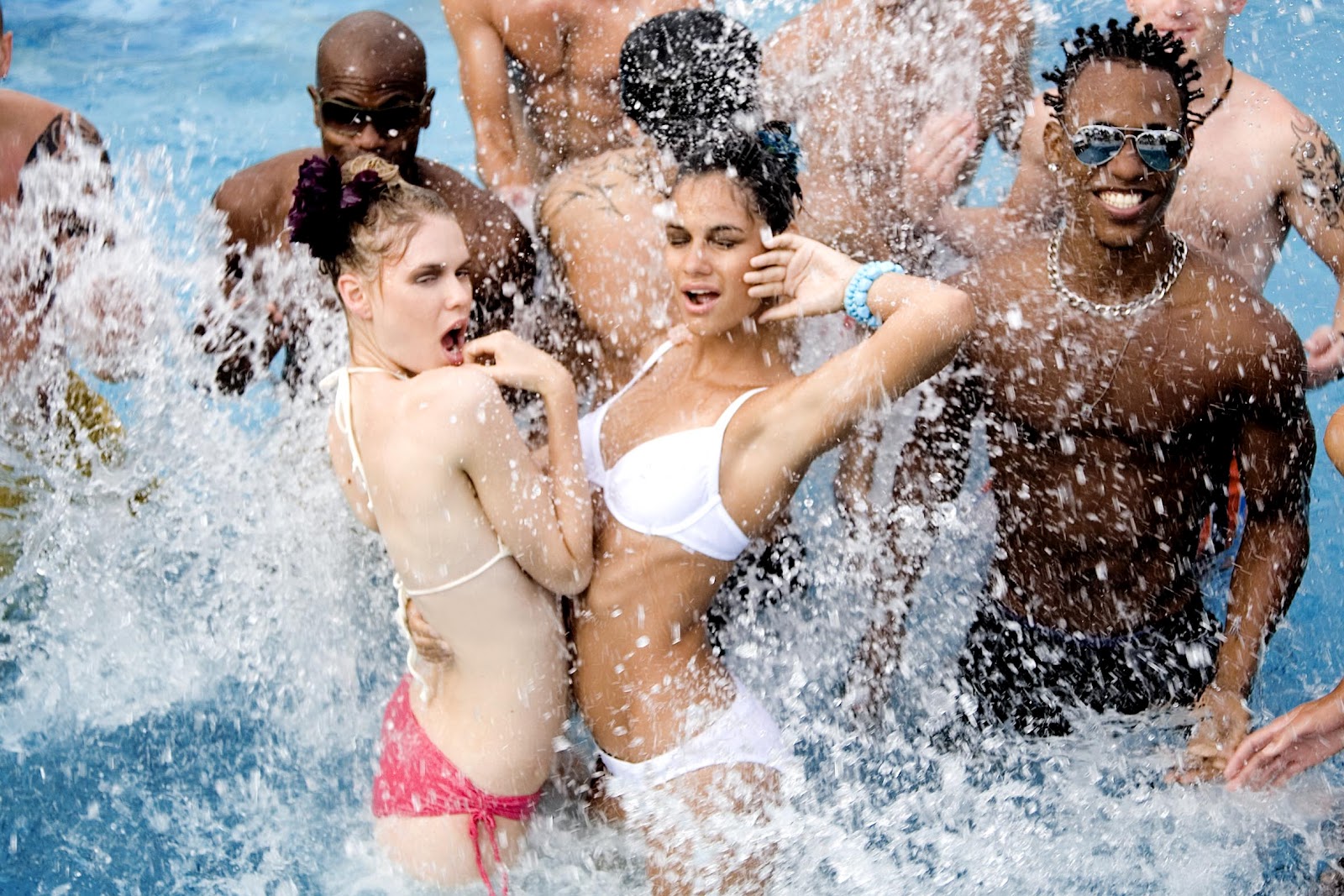 Eddie Halliwell, Fire It Up and Papaya Croatia are proud to delve into their box of surprises and reveal further details about the knock out summer residency that is to take over the beautiful country of Croatia.

Launching the FIVE date spectacular and famous DAY AND NIGHT FESTIVAL will be Fire It Up head honcho Eddie Halliwell, joined by the invincible talents of MARCO V on Tuesday July 17th. This Dutch star has established himself as one of the most inventive, diverse and creative electronic music minds on the circuit today. With an artillery of stand out smash hit releases to his name and SEVEN consecutive years within DJ Mag’s Top 50 DJs. Marco V’s albums have become the soundtrack of a generation, his live performances are legendary and his astonishing influence on music can never be ignored. Joining Eddie and Marco for the launch of this incredible residency is Ibiza guru and globally approved producer Oliver Lang, who will be flying the flag for Bitch – one of the UK’s most prominent club nights.

No less than three days after Carl Cox’s mega-show, on Tuesday July 24th (Papaya’s 10th ANNIVERSARY FESTIVAL), Fire It Up welcomes TIM MASON and D.O.D to step up the pace for date TWO at PAPAYA alongside Eddie Halliwell. Tim Mason has been creating waves all through 2011 and crashing into 2012. A member of the SIZE RECORDS family, Tim Mason joined Steve Angello’s sought after label and hit the ground running, gaining huge support from the likes of Axwell, Ingrosso and Laidback Luke after releasing stellar tracks that have become a stable in the leading house jocks arsenals.

D.O.D is a breakthrough talent that’s been getting noticed all over the world. Having headlined the Mixmag arena at the sell-out Creamfields in 2011 and playing Ibiza and Majorca Rocks throughout the season, this DJ is no stranger to getting the summer vibes pumping through the speakers. His productions have been wowing from coast to coast and with four releases imminent on enormous labels such as Perfecto Records, Black Hole Recordings, Steve Aoki’s ‘Dim Mak’ imprint AND Vicious Recordings all before the sunshine season kicks off, 2012 has BIG things in store for D.O.D. A well-known face to the Fire It Up faithful, he’s sure to add the extra sparkle to this already colossal line up.

Tuesday August 7th will pull a curtain of mystery over the onlookers of Papaya when Kryder and his unorthodox entourage take hold of 2012’s must attend summer party location. His technology abusing approach to mixing makes Kryder a favourite among the Fire It Up loyalists, who expect to see ONLY the most cutting edge of DJs in the world, and NEVER leave anything less than dumbfounded. But if you think this enigma’s talents end there, you would be utterly mistaken. Kryder’s magic in the studio is every bit as masterful as his startling DJ dexterities and his works can consistently be heard pumping from the speakers of many of the biggest venues in existence.

Bitch will be ready and rocking as the afternoon cools into the evening, but unlike the temperature in the air, the dance floor remains at boiling point from start to finish as Steve Angello’s red-hot recruits for Size Records – Third Party, step up to the Papaya stage to kick off what can ONLY be dubbed as a blockbuster showcase from absolute champions of the DJ world.

The final chapter of this enthralling summer residency ends with the huge MTV DJMAG FESTIVAL, which will be launched into orbit by Fire It Up on Tuesday 14th August. Eddie Halliwell will be joined by a tag team duo of monumental proportions – AN21 & MAX VANGELLI. Individually they are huge appointments ANYWHERE in the world. Together they have collaborated with Steve Angello, smashed a BBC Radio 1 Essential Mix and regularly accommodate stadium-sized crowds across the planet. Radio 1’s very own Dance music specialist Danny Howard completes the lineup of what is without a doubt one of the ultimate lineups for the 2012 summer, anywhere in the world. It’s only been a year since his famous win on the Radio 1 superstar DJ competition, but Danny has catapulted himself into the world DJ elite accomplishing what many leading DJs worked many, many years to achieve.

Papaya is Croatia’s leading club that rocketed to legendary status in 2011 having seen over 300,000 visitors pass through its doors. Already graced by the presence of Swedish House Mafia, Tiesto, Armin van Buuren, Paul Van Dyk and Fatboy Slim, this venue has been road tested to the max and guarantees to deliver an experience like you’ve never had before!

To celebrate this new venture, the venue is offering the cheapest club entrance package on the planet (probably!). A week long festival pass for only £50! This will include entrance to 3 weekly nighttime events and the infamous Papaya weekend Festival!

The resort has all day and all night parties
with open air events, the best special effects,
lighting shows and entertainers, daily pool parties and
cheap club entrances and drink prices… 50% lower
than other club zones!

For more details regarding the venue, tickets, travel and accommodation check out www.papaya.com.hr and www.eddiehalliwell.com. Full details to be announced very soon!

Join Eddie for a fresh summer resort clubbing experience, partying under the Croatian sunshine and the stars at the “The All Day & Night Outdoor Party!” 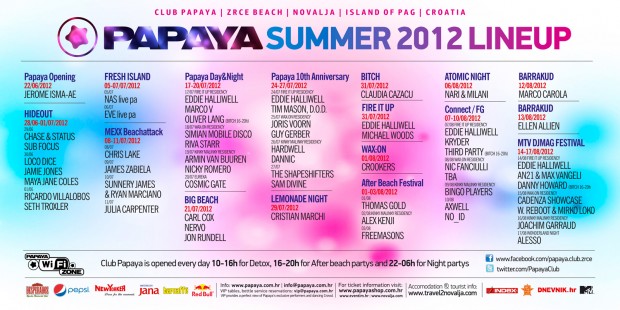 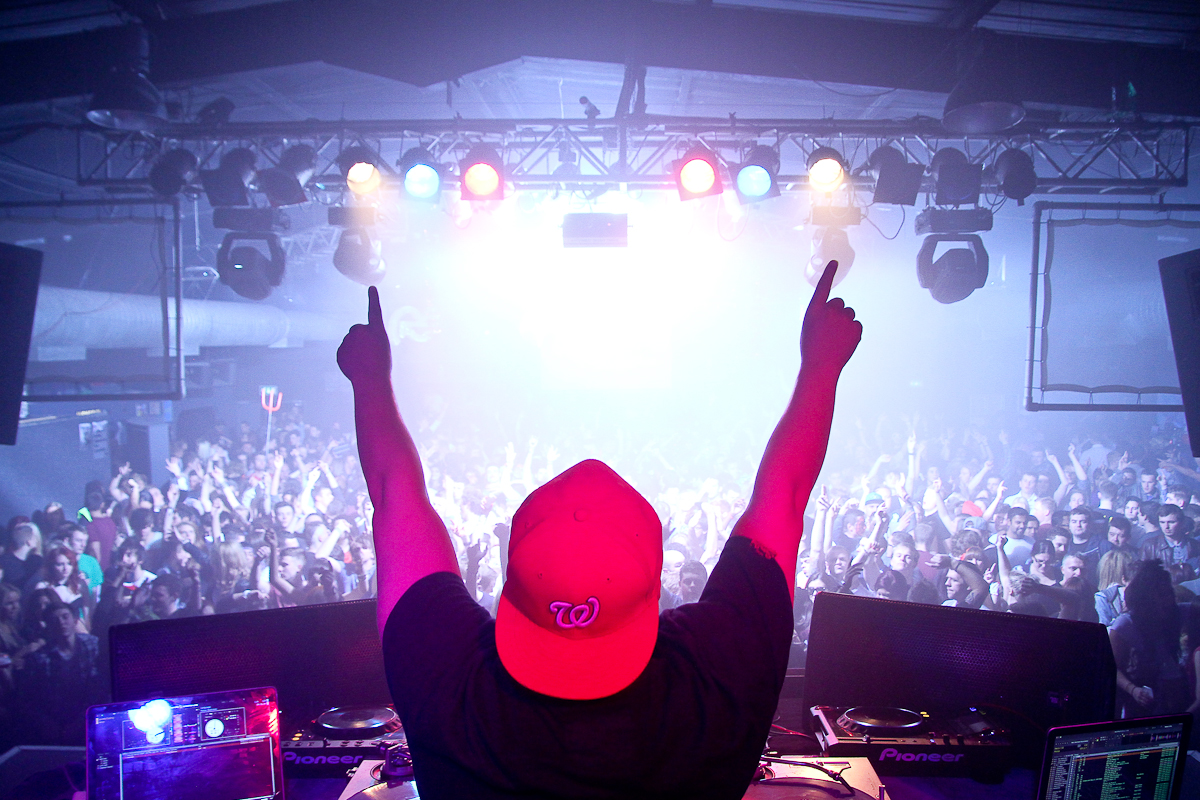 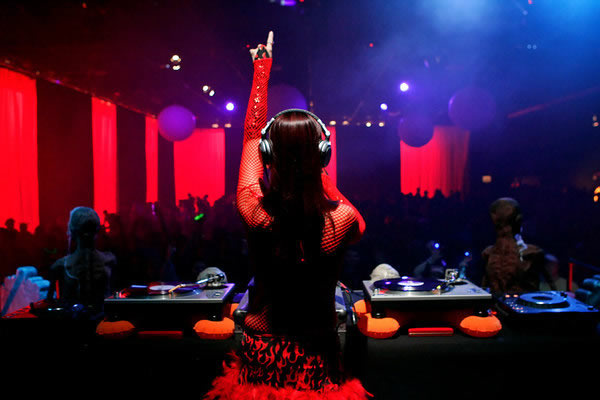 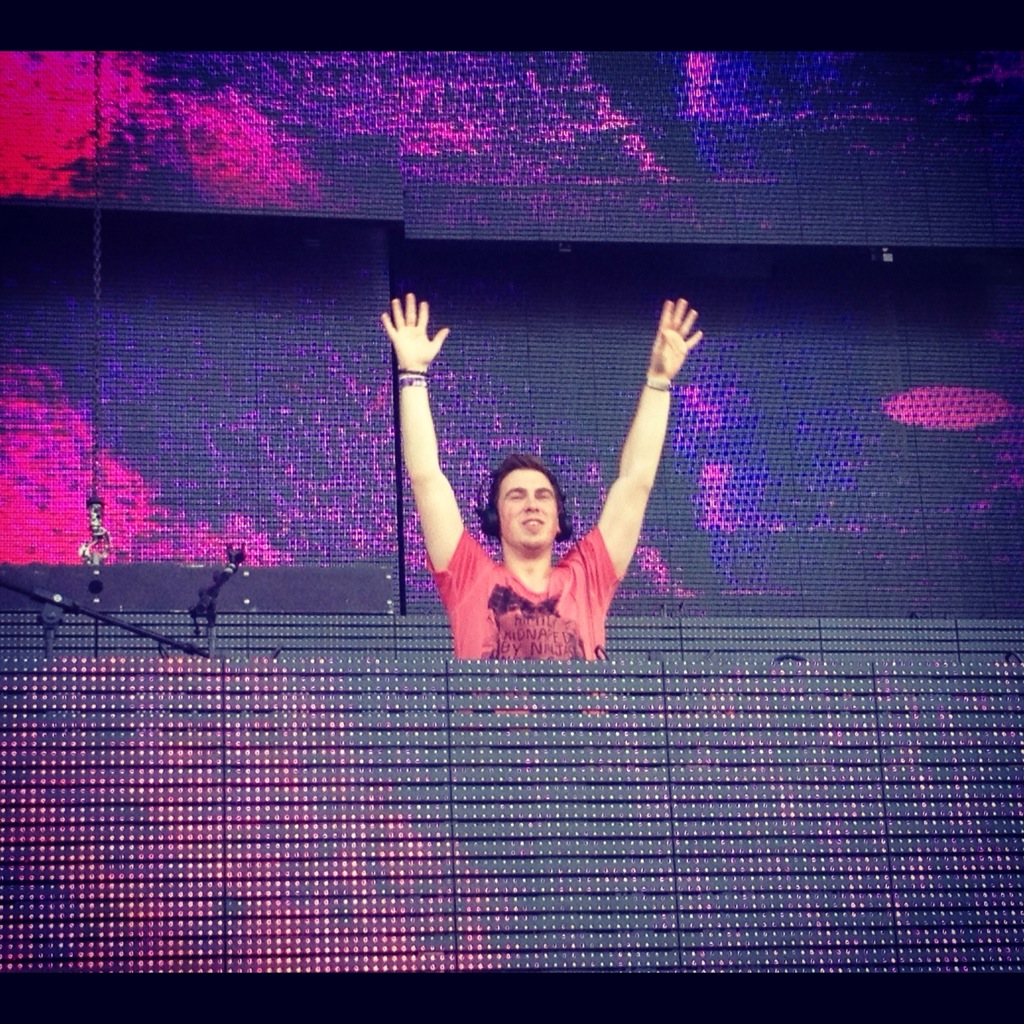 Hardwell kicks off world tour with sold out Amsterdam venue!